The Sermon Delivered at the Inauguration of the Rev. Archibald Alexander, D.D., etc. [1812]


The Check Book has the stubs of checks, with notations of the purposes for which drawn. Among the items listed are: office rent, salaries, travelling expenses, expeditions, medicines and foodstuffs for voyages, etc. There are five packages of cancelled checks, covering, with one brief period omitted, the entire history of the Colonization Society.

Four packages containing vouchers for expenditures by the State Managers and some cancelled checks, Rough draft of the annual account of the Managers for the inspection of the Legislature, The books were kept by the Rev. John Leys and the Rev. Lipscomb during their service as agents travelling through Maryland soliciting funds for the Colonization Society.

Information given includes dates, names, residences, and the sums given or subscribed; there are many signatures. The Contribution Book lists contributors and subscribers by localities, with notations of the amounts given and paid. Thirty-four semi-annual accounts of the colony in Liberia, inclusive, sent to the Maryland Society by Governor John B. 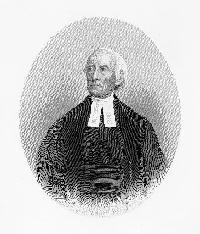 Russworm and other officials. Each report contains detailed figures on the expenses involving all phases of colonial activity: contingent expenses, poor and sick fund, dash account, farm, fortification, medicine, emigrants, repairs, roads, store, mill, jail, ladies school, colony school, nurses home. There is here an immense amount of valuable data on life in Liberia up to the time of the establishment of the Republic. Package containing semi-annual reports of the colonial agency at Cape Palmas, , transmitted by Dr.

James Hall, Agent. Package containing semi-annual accounts of Dr. Oliver Holmes, Agent, , with interesting inventories of the supplies on hand. Copies of letters sent and received regarding the fund donated by John Stevens of Easton, Maryland, for building a vessel to carry emigrants to Liberia. Stevens' for Copies of letters sent concerning the use of the Maryland State Colonization Society funds left after the cessation of active work for the support of a school in Cape Palmas.

The transcripts are prefaced by a statement of Dr. James Hall giving the history of the Society and of the School Fund. Individual accounts of subscribers, , with alphabetical index loose giving places of residence and page numbers in record book. Subscribers listed by localities, no dates; three successive compilations, including exchanges. Lists in back all post offices in Maryland, with the postmasters and their compensations.

Subscriptions for , signatures and payments see Bank Book 1, where this item is to be found. Commissions, , from the State of Maryland to the Board of Managers for the removal of free people of color to Africa. Package containing reports of the Board of Managers and committees, , with a few letters about slaves to be sent to Liberia.

There are duplicates in six instances. Census of free blacks in Maryland, , compiled by the sheriffs of the various counties in compliance with the legislative Act of , passed as a result of fears aroused by Nat Turner's insurrection in Virginia. Mary's, Somerset, Talbot, and Washington Counties. Book with lists for , dividing citizens according to sexes and ages, and giving occupations.

Lists of ship arrivals, scholars, imports, exports, births, deaths, and marriages during Census figures for , with statistics of acres cultivated and the different kinds of trees on them. The copies of the manumissions are taken from the original documents sent in by the county officials, and they are numbered to correspond with the names in the lists.

Volume 1 contains at the end a list of emigrants during , giving age, by whom manumitted, county of record, occupation, destination, how sent, when sent, and the amounts paid. Twenty-nine packages of certified copies of deeds of manumission, wills, and bills of salc, , sent to the Colonization Society by county clerks and registers of wills.

These papers are numbered to agree with the lists, but give much fuller information; they are the documents copied into the books just described. A volume containing a list of the colored people sent out to Africa by the Maryland colonization group from to , giving ship, date, name, age, county of origin, and occasional remarks. One package of charters for vessels to take negroes to Liberia during , supplying full data about the ships and their use for colonization purposes.

A book containing copies of eleven deeds made between and by native chieftains, with confirmations by the headmen of the various districts concerned. A package containing the original deeds, plus one other marked Null. A package of journals or diaries of sundry tours in Liberia during , including two made by Governor Russworm.

The journal of Messrs. Stewart and Banks' journey to the Pah Country in , filling twenty-nine pages and accompanied by a chart of the terrain traversed. Both sets of journals are extremely interesting reports on the country and the people, with accounts of numerous colorful incidents. A package of documents relating to the trial of James Thomson in , with the original of Thomson's own statement.

He was accused of adultery with native girls while connected with the Episcopal mission, and confessed, but was acquitted for lack of evidence. Griswold and robberies committed by the natives. The copies listed above are bound in volumes, and there are a number of duplicates.

The American Colonization Society issued this paper from its headquarters in Washington. The change from semi-monthly to monthly status was made with the issue of March This journal was the official organ of the Pennsylvania Colonization Society, and changed from a semi-monthly to a monthly in The numbering system was shifted more than once, so that it is rather difficult to follow without careful observation.

There are six or eight copies missing in the collection. The Rev. Pinney edited this paper for the New York State Colonization Society, and it appeared monthly throughout its existence. One copy seems to be missing from the file in the archives of the Maryland colonization group.

This interesting paper was published in Monrovia itself by Hilary Teage, editor and proprietor. Originally a monthly, it shifted to semi-monthly status in It has value as an eye-witness reporter of events in Liberia during the fifteen years preceding independence and as a reflection of colonial opinion on the happenings of that period. A number of copies are lacking, and after the gaps are more frequent and quite noticeable. A bound volume with this title includes twenty-eight original pamphlets dealing with Liberia and colonization affairs.

"Why Does This Exist?" Kids Try a Remote Control Trash Can (TV Episode ) - IMDb

The Declaration is printed on blue paper, the Constitution on white. By the Rev. Alexander Crumwell, B. London, By William Nesbit, of Hollidaysburg. Pittsburgh, Four Years in Liberia. A Sketch of the Life of the Rev. Samuel Williams.


Together with an Answer to Nesbit's Book. Philadelphia, By an Abolitionist and Colonizationist. New York, Monrovia, January 6, Injunction Case. Extraordinary Judicial Proceedings!! Fourth Annual Message of Stephen A. Benson, President of Liberia. Delivered to the Legislature, December From the New-York Colonization Journal.

Baltimore, Cotton Cultivation in Africa. By Benjamin Coates. Second Edition, Revised. Morris Officer, Missionary to Western Africa. The Virginian History of African Colonization. Richmond, By Henry Meredith, Esq. Member of the Council, and Governor of Winnebah Fort. Written by Himself.